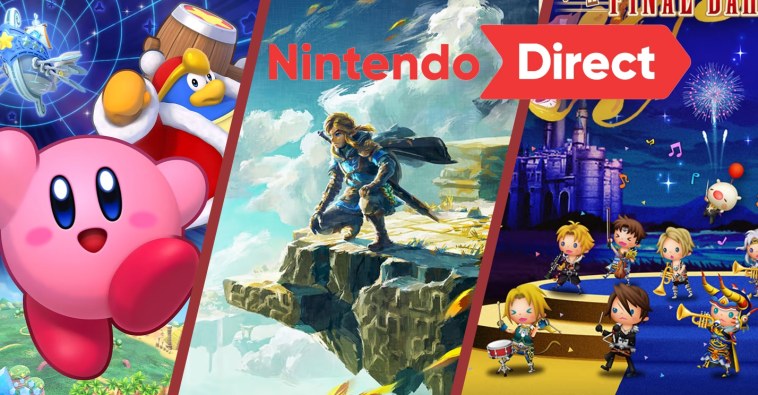 As usual, the list of Nintendo Switch games that appeared at the September 13, 2022 Nintendo Direct was full of surprises, and this time, it was also full of ports and remasters. Reports from certain outlets about Zelda remasters appearing ended up being completely false, but we did get the official title for the sequel to The Legend of Zelda: Breath of the Wild at long last: Tears of the Kingdom. We also got a brief reveal of Pikmin 4 from Shigeru Miyamoto, the big Switch reveal of Fire Emblem Engage, Octopath Traveler II from Square Enix, a release date trailer for the Crisis Core remaster, Kirby’s Return to Dream Land Deluxe as an upgraded Wii game, a ton of Resident Evil cloud games, Xenoblade Chronicles 3 DLC info, Tales of Symphonia Remastered, and way more Nintendo 64 games (including GoldenEye 007 with Switch-exclusive online play), among many other things. Yet that’s somehow just the tip of the mostly-ports-and-remasters iceberg! Below is a list of all Nintendo Switch games announced or shown at the Nintendo Direct on September 13, 2022.

A List of All Switch Games Shown at the Nintendo Direct on September 13, 2022

What do you think of the list of games revealed or showcased at the September 13, 2022 Nintendo Direct? While the event had no lack of surprises, it did have disappointingly little to show of its major first-party games, like Tears of the Kingdom and Pikmin 4.