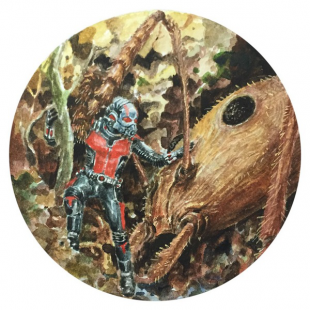 It’s funny sometimes to think about how far comic movies have come over the past few years. Heck, it wasn’t so long ago the idea of a shared cinematic superhero universe would have made me people laugh. Chortle even. Guffaw most certainly.

Nowadays though, superheroes at the cinema are old hat, raking in dough with the regularity of a yard worker standing beneath an autumn pizza tree. Now, with Marvel’s Ant-Man hitting theaters, the big question is whether or not the latest chapter in the Marvel Cinematic Universe will live up to the brand’s fine tradition of making all of the money in the universe. We’re willing to bet that Marvel has another hit on its hands. Why so confident, you ask? Because Ant-Man is awesome and we (thanks to some help from our friends at DeviantArt) have the fan art to prove it. 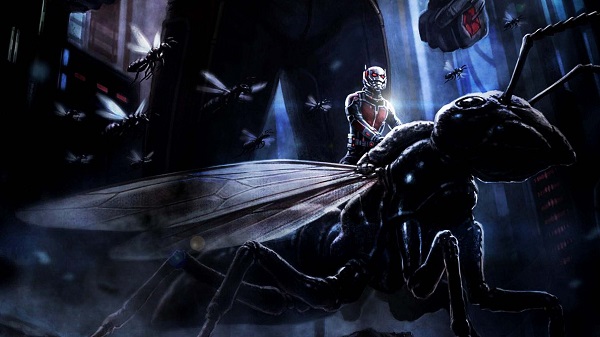 The Ant-Man by Professor Adagaio
Why is Ant-Man awesome? Is it the snazzy black and red jump suit? The Pym Particles that allow him to shrink at will? While all of these things definitely factor into the equation of what makes Ant-Man great, is winning feature in our eyes is his ability to communicate with ad command ants. Granted, that might not seem all that impressive at first glance. You don’t say “squashed like an ant” for nothing. That said, when you really think about it, the prospect of a human being with the ability to control ants is kind of terrifying. Captain America might have super strength, but that’s not much when you’re facing down the estimated 100 trillion ants that roam the Earth. 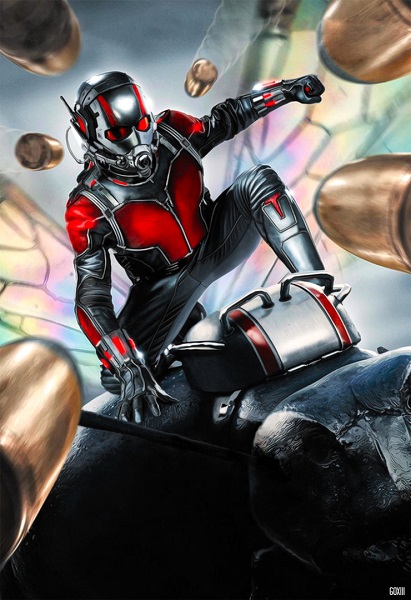 Ant-Man Poster by GOXIII
Not that we’re discounting his ability to shrink mind you. While ants might be Ant-Man’s most powerful ally, you really can’t understate how valuable the ability to change your size can be. Case in point, bullets aren’t really much use when your target can switch from being man-sized one second to penny-sized the next. 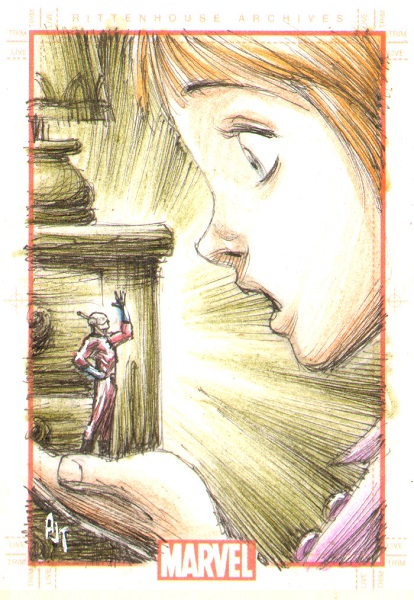 Ant Man by Anthony Tan
We could also imagine shrinking being really useful with kids, in more way than one. Sure it’d make for some great games of hide-and-seek, but also imagine how useful it could be when they start getting older and hitting those pesky teenage years. They’d never feel safe trying to get away with anything because they’d never know if you’re out running errands or hiding in a coffee mug waiting for them to make their move. Sure they might grow up anxious and paranoid, but surely that’s a small price to pay for good behavior. 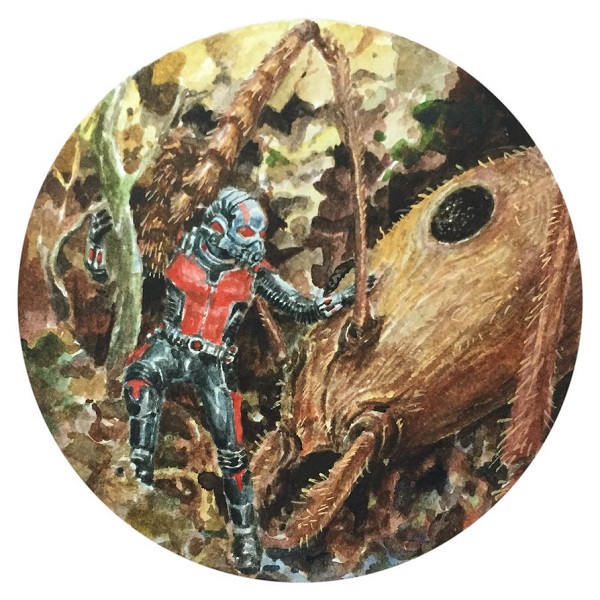 Marvel’s Ant-Man by Mahathir Buang
Speaking of kids, does anyone remember Honey, I Shrunk the Kids? Because that’s kind of what this image reminds us of. More specifically, it reminds us of Antie, the bravest of all movie ants who died defending the film’s shrunken children from a vicious scorpion. Hopefully Ant-Man won’t have any similar scenes because we still haven’t recovered from the trauma of that one. 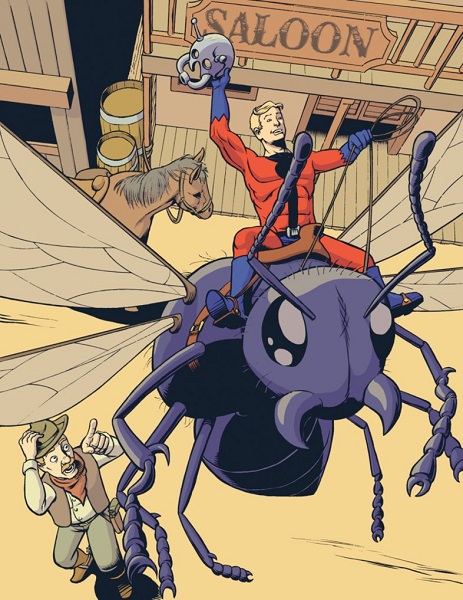 Ant-Man by Tom Rogers
Now that we’ve depressed you with late-80s Disney movies, how about a little something to cheer you up? We’re not sure how Ant-Man might find himself in the Old West, but we’re willing to bet Marvel could find a way to make it plausible. Maybe it can be a mini-series the next time the company decides to launch another iteration of Secret Wars. 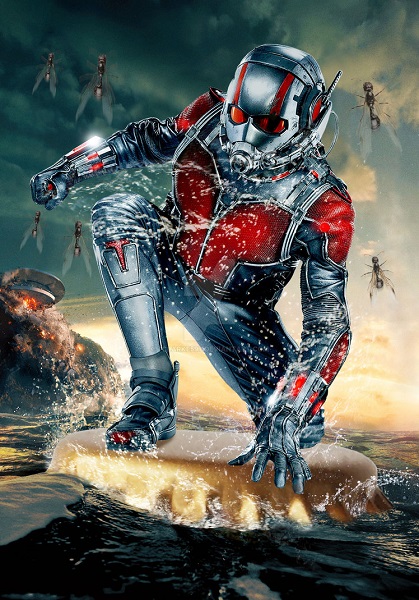 Ant-Man (Iron Man 3) by Thomas Clarke
A lot of people liked Iron Man 3, no one’s denying that. The thing is, we’re kind of interested to see how the whole thing would have played out with ants. It’s not like the actual Iron Man armor was featured all that heavily in the film any ways. A good chunk of it was just Robert Downey Jr. Tony Stark-ing his way through conversations and set pieces. Why not take out all the robots and replace them massive swarms of insects? 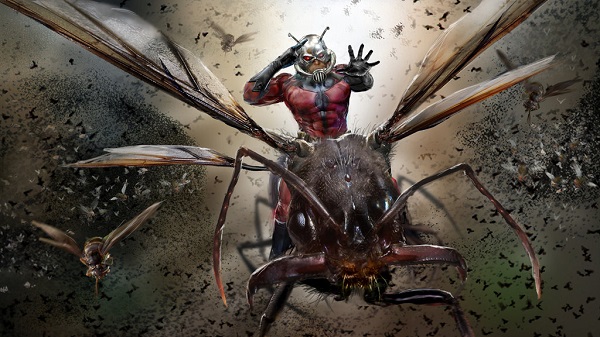 Ant-Man by John Gallagher
Besides, as we’ve already noted, Ants (and bugs in general) are more than a match for conventional firepower when used properly. Iron Man who? 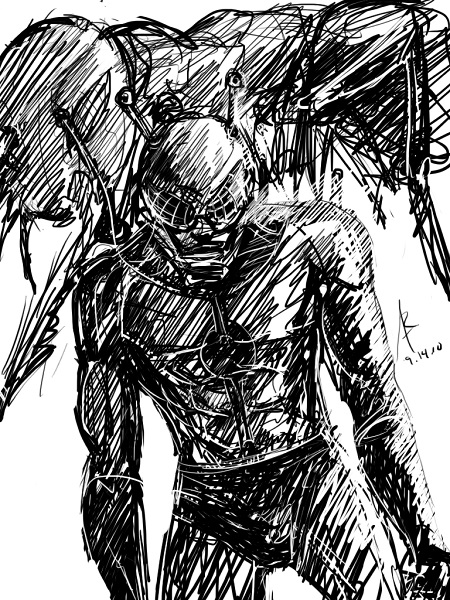 Ant-Man by Anthony Rocha
Don’t think that Ant-Man is all just fun and bug swarms, though. As any devoted fan of the character can tell you, Ant-Man in all of his forms has had more than his fair share of dark moments. Moreover, as this image illustrates, he can also brood with the best of them. Edgy comic book movies might be on their way, but we’d lying if we said there still wasn’t something cool about a superhero walking forward, arms stretched downward while they stare solemnly at the ground. Whenever we try to do that people just laugh. Maybe it’s all the poles we walk into. 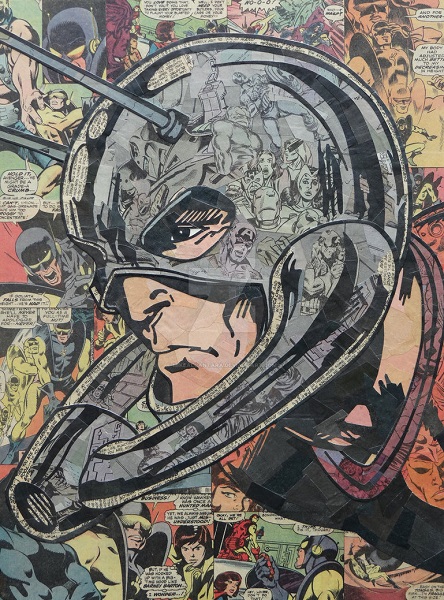 Ant-Man by Mike Alcantra
Impressive as this collage is, the only thing we can think about when we look at it are all of the comic books that must have been sacrificed to the god of scissors and glue to see it to completion. On the plus side, this offering will probably be enough to keep the rest of the world’s comics safe from Scisglue’s wrath for at least a little while. 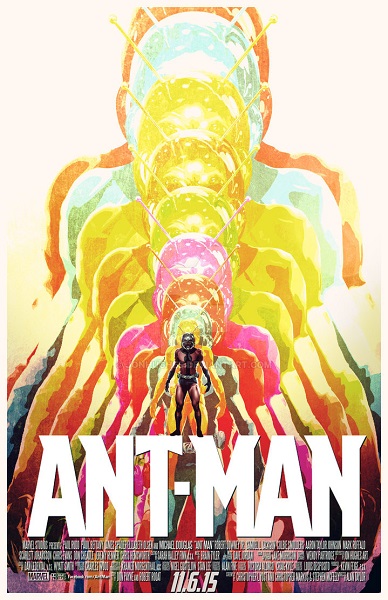 Ant-Man Movie Poster Mock Up by Jon Hughes
While some might disagree, we’re going to go ahead and say that Marvel Studios tends not to put out movie posters that we’d call iconic. They aren’t bad by any means, but they often feel like they were assembled with a gang of suited executives looking over the artist’s shoulder. While the posters for Ant-Man have done some clever things with the character’s shrinking abilities, we’d say much the same for them.

This fan made movie poster, though? This is a piece of art that we’d hang proudly on the wall right next to our prized movie poster from the 1982 version of Conan the Barbarian. As you can imagine, that’s a place of honor.