And don’t forget about Yahtzee’s other series, Extra Punctuation, where he’s recently talked about the scourge of gear scores and why to be wary of the new Silent Hill games.

Tell you what, Sony, let’s make a deal. I’ll stop telling everyone you’re a bunch of prissy corpo scum who stopped giving us review codes because we had too much self-respect to gargle your nads, and in return, you stop making me squeeze through narrow caves. Yeah, I know, you’re using it to hide loading. But surely the fact that we all know that means you can drop the pretence. Just use a fucking loading screen. Maybe with a map. Little moving red line like in Indiana Jones. Have fun with it. Every time you make me squeeze through a narrow cave now I feel like you’re insulting my intelligence. “Tee hee, he’ll never suspect we’re zooming right up on Kratos’ acne scars to hide the fact that we’re swapping in another pointlessly overdetailed environment for the seventeen millionth time.” What’s with this obsession with never cutting away? Cutting away is fine. Remember in Taxi Driver when Robert DeNiro decides to shoot up a pimp’s house and they just cut to him doing that? Remember how they didn’t show him buying a subway ticket to the pimp’s house and sitting on a train for half an hour muttering about how much fun he’s going to have shooting it up. That’s basically my core issue with God of War Ragnarok. It forgot to cut out the train rides. Frequently literally.

The plot picks up where the last one left off. Fimbulwinter has set in and poor old hairy dad Kratos still can’t catch a break. Norse gods keep trying to kill him, his severed head common law husband won’t shut the fuck up and his son’s reached the age of wanting to stick his penis in things, as well as rebelliously go out at night and hunt for lost Jotnar artefacts and stick his penis in them. Long, long, long, long story short, this eventually leads to pissing off Odin and Thor and another odyssey across the nine realms ensues. You remember how the last game felt like twenty hours of mainly pissing about to build up an epic conflict it never actually gets around to? Ragnarok is what it was getting around to. It’s like 2018 was a proof of concept, the audience didn’t bounce off Kratos’ new cornflake strainer so this time we’re ready to press on with the real plot. Not that it doesn’t have its fair share of pissing about. The first three quarters of the game is mainly Kratos and Kratos junior doing their best to not start Ragnarok in a frustrating exercise in futility that could easily have been avoided if someone had just showed them the fucking box art.

The lack of changes in gameplay certainly support the proof of concept theory. The combat camera still hovers a bit too close like a middle manager with pickled onion breath. There’s still that obnoxious fucking gear crafting system that means I’m obligated to play Kratos dressup dollies every now and again to stop the enemies getting too damage spongey, and it just keeps unlocking more things to craft and accessorise until Kratos should by rights look like a glowering Christmas tree. That and the upgrade system all results in a pause screen resembling a disassembled hair dryer strewn over an arts and crafts catalogue. And it’s all so painfully unnecessary when I feel like I’m getting through combat perfectly well just by mashing light attack and occasionally pressing block or dodge like it’s a two button drum machine. But it’s the story and set pieces that count, and I feel my review is best encapsulated by a moment of revelation I had about twenty hours in as I emerged from narrow cave passageway number 8012. “This has all the qualities of a good game,” I thought, “The visuals are polished to a mirror sheen. The set pieces are impressive. The combat… functions. The story’s actually pretty good with lots of characters with distinct personalities and complex motives and clean underpants and noses and all the other shit you need.”

“It is exactly the sort of thing that an absolute searing twat in the Youtube comments would call ‘objectively good.’ So, that all being the case, why does the sense that I’m barely halfway through the fucking thing fill me with abject misery?” God of Four was a big ass game and God of Five has got to be, no lie, at least twice the length. You’re definitely getting your money’s worth. But remember how I said God of Four was like listening to a very rambly old person trying to tell a story, constantly pausing and going on irrelevant tangents? Well, in God of Five that old person now has Alzheimer’s and narcolepsy and his rascally grandson keeps running into the room to let off firecrackers. It feels like the result of very heated negotiations between the story team and the gameplay department. “Okay for our next chapter we want to advance the plot by a single fucking inch.” “We’re offering one eighth of an inch, and we want seven linear corridors, four copy pasted combats with generic dudes, two puzzles, one set piece, one gameplay mechanic that shows up literally nowhere else in the game and forty-seven squeezes down narrow caves.” “One quarter inch, and we’ll let you go ahead of us in the queue for the taco truck.” “Done!”

There’s a bit where Kratos decides to consult the fates. He’s got a relationship with the fates going back to God of War 2 when he made pasta pictures out of their intestines. And that kicks off a whole chapter where we dogsled across the map, find a cave, murder some dudes, find it was the wrong cave, dogsled back across the map, find another wrong cave, back a third time, find the right cave, prove our worth through three set pieces and more dude murdering and then finally get our meeting and the fates go “fuck off, Kratos,” and Kratos fucks off. Oh, and kill Heimdall, I guess. And that literal entire chapter was just to tell him to kill Heimdall. Definitely one of those “meetings that could have been an email” situations. Meanwhile, Kratos Junior has a chapter where he goes to sleep and wakes up in a Roger Dean album cover where he meets Manic Pixie Exposition Girl, the amazing human plot device whose entire job is to explain shit, and phwoar crikey the story department must’ve sacrificed a lot of breakroom privileges to get to include her. Probably why she won’t tell us shit ’til we’ve literally helped her with her shopping for a fucking hour and then fought a boss character that had never come up before and never does again.

And I know you think a game being too long is only a problem for whiny game critics who were hoping to spend time with their family and eat food this week, but this feels so blatantly drawn out. I’ve always prized elegance in game design and the sheer size of God of War Massivecock feels crass. Overindulged with too much pocket money. Like it’s trying to brute force its way to game of the year by volume alone. Would you rather have a small, finely crafted restaurant meal or an entire room packed floor to ceiling with Snickers bars? The second one, obviously, but comparing the two hardly seems fair. And incidentally constant flavour dialogue with our current pet NPC doesn’t make the in-betweeny gameplay feel less artificially padded. It just means the emotional tone keeps waving disastrously about like an unsecured hose. “Kratos, how are you feeling about that last sixteenth of an inch of story development that happened?” “I feel stoic and grunty, grrrr.” “Yeah, figured you might. OH SHIT AN AMBUSH STAB STAB KILL KILL END THEIR LIVES MANGLE THEIR FLESH DRINK THEIR BLOOD Oh they’re all dead. So anyway, what were you thinking about for dinner tonight?” “GRRRRrrrr tacos.” 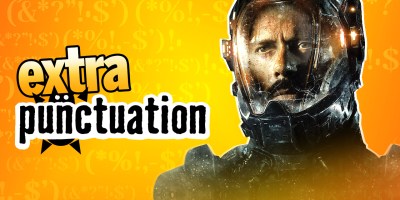 No, I Don’t Want to Stop Playing to Listen to an Audio Log – Extra Punctuation 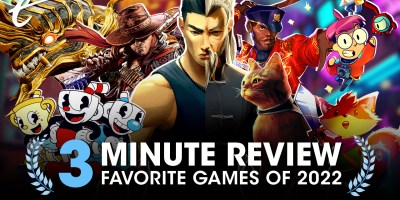 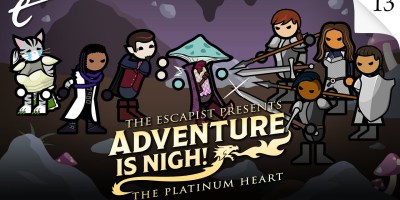 Adventure Is Nigh! – The Platinum Heart Episode 13: As the Cookie Crumbles