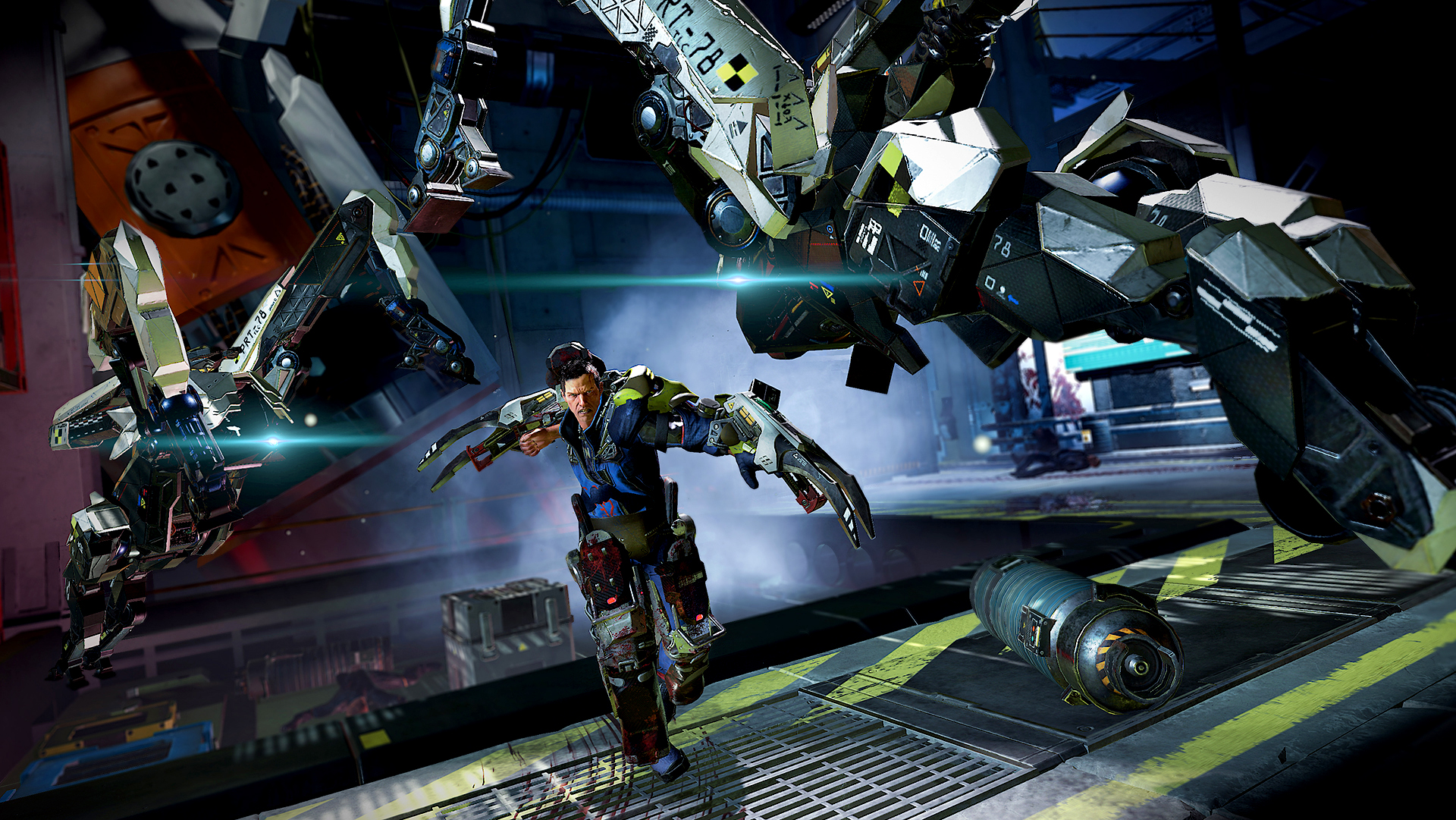 The third boss of The Surge cuts an intimidating presence at the end of the production line area. Here’s how we beat it, shared with you.

The Big Sister isn’t any normal The Surge boss battle. Here, you’ll have to fight through three arenas, smashing constructor arms and dealing with multiple limbs before taking on the Big Sister herself. The boss is an entire factory floor come to life.

This thing isn’t too tough — if you know exactly where to stand. Get all the tips we’ve got below.

The mechanical Big Sister 1/3 is a gauntlet of laser-cutters and killer arms. Its unlike any other boss in the game, and survival is the most important part of this battle. Bring plenty of healing items. Drop any implants that aren’t useful for fighting bosses, and beef up your defense. If you can survive a hit or two, this boss won’t stand a chance.

The battle starts when you drop into the arena from above. You’ll have to dodge two giant claw arms, and avoid the central head (Big Sister’s) laser-cutter. The laser is infrequent, so it isn’t the main issue. The giant claw-like arms are the biggest problem.

Back-up to avoid the claws when they sweep across the arena. Standing against the back-wall is your safest best. It won’t help when the claws lunge forward — when one does, dodge then attack the claw while it’s stuck in place.

That’s basically all there is to this phase. Each individual claw only takes a handful of hits before it is destroyed — 5 if you’ve upgraded your weapons, maybe 10 without.

When both claws are destroyed, sprint onto the new platform that appears straight ahead. Your current platform becomes shock-damage-central, with electricity coursing through the metal.

The second arena features four laser cutter arms at each corner. The Big Sister itself will shove you back if you try to get too close — don’t get too close! You’ll take unnecessary damage.

Instead, focus on destroying each laser cutter arm, one at a time. Start with the back row, then destroy one of the front row arms. Destroy the arms on the right side, then clear the left side. The arms will move back to fight you, so you won’t have to get too close to the Big Sister itself.

These laser cutters are even weaker than the claw arms, and they don’t intersect with each other. Hide underneath the cutter arm and keep attacking until its destroyed. Just don’t position yourself between two of the laser cutters at the same time.

After smashing all four laser cutters, the second arena will electrify. Now you’re safe to approach the core of the Big Sister constructor. This is the trickiest part of the fight, so you’ll want to save most of your healing items for phase 3. Thankfully, the Big Sister still doesn’t take too many hits to destroy.

Wait for the Big Sister to launch a massive laser attack. It’s easy to dodge, judge roll right / left, then sprint so you can attack the central core. You don’t need to hit the spider-y “head” of the Big Sister at all. Just attack the base of the arm. It’s always vulnerable.

The Big Sister’s toughest attack to dodge is a right-to-left sweep. When it positions itself in the corner, that means it is prepared to sweep across the tiny final arena. There’s only one place to hide — directly underneath it. Stand under the Big Sister, and dodge toward it right before it sweeps across to easily evade its most annoying attack.

Otherwise, the Big Sister will guard or attempt to grab you. Run back onto the electrified floor to always avoid the grab — you’ll take some damage, but it is 100% safe from the grab. If you’re feeling brave, just move left and right, then dodge when it attempts to grab.

That’s all it takes to destroy the Big Sister 1/3. Got your own secret strategies? Let us know in the comments, or scroll up to get all the other guides for The Surge on The Escapist.