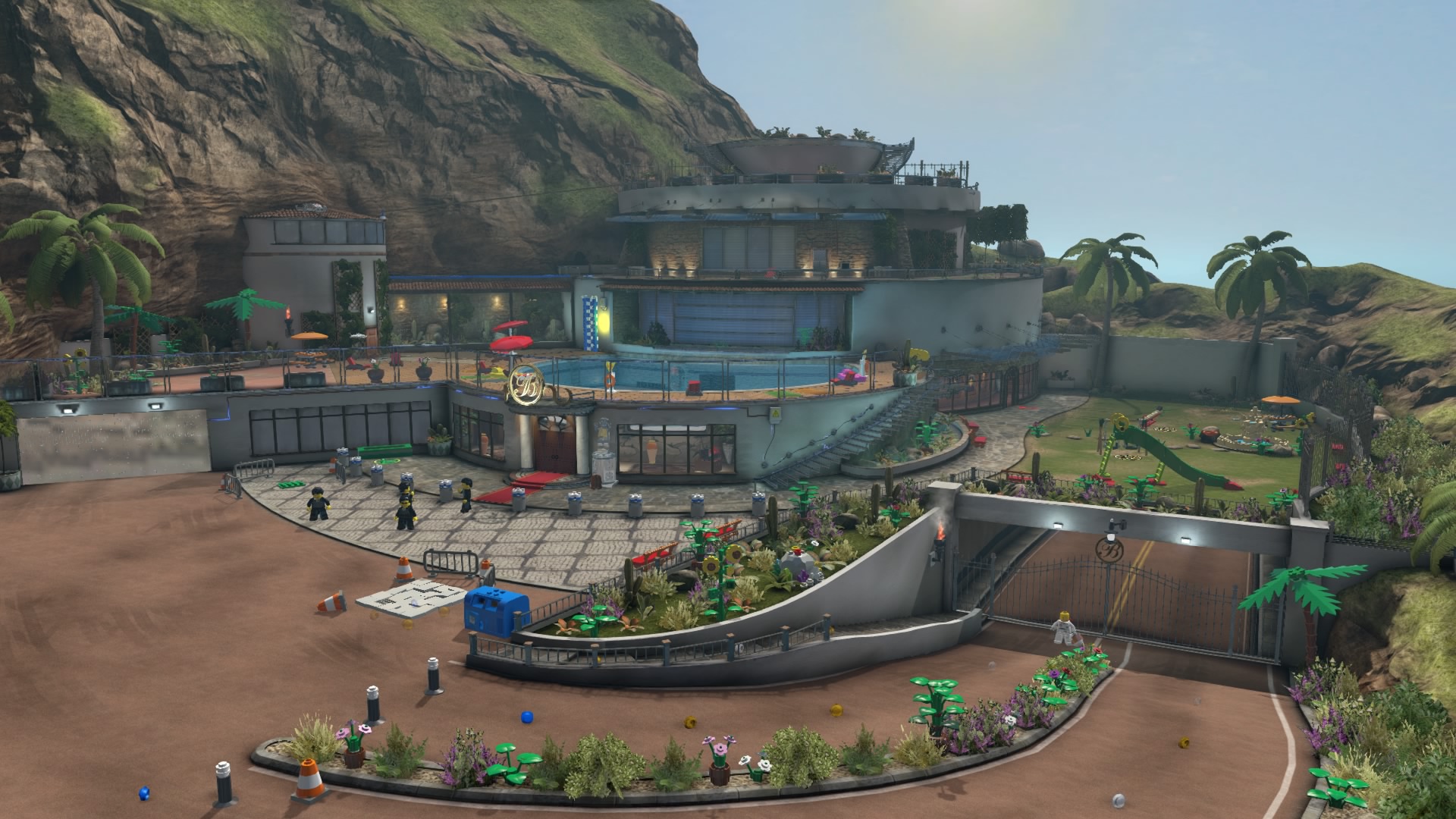 This isn’t the first time Chase has infiltrated Blackwell’s estate, but this time you’ll have to deal with swarms of black suit wearing Sentinels. You’ll visit the exterior and the study as Chase searches for secrets — and evidence to help arrest the mastermind himself.

There’s only one more Special Assignment level to go. Learn how to bust into the mansion, and how to solve the study puzzle with the complete walkthrough for Blackwell’s Mansion: Investigation.

You’re now in control of the UFO. Fly down to Forrest Blackwell’s mansion in Fresco. There’s no time to waste, Chase is going to rescue Natalia right now. The UFO flies just like any other helicopter. All you need to do is follow the big red stud circles!

Chase doesn’t just need to save Natalia, he’ll also need evidence to prove Blackwell’s guilt. The richest man in LEGO City has called a press conference, planning to announce something that will change the city forever. Whatever that means, it can’t be good. 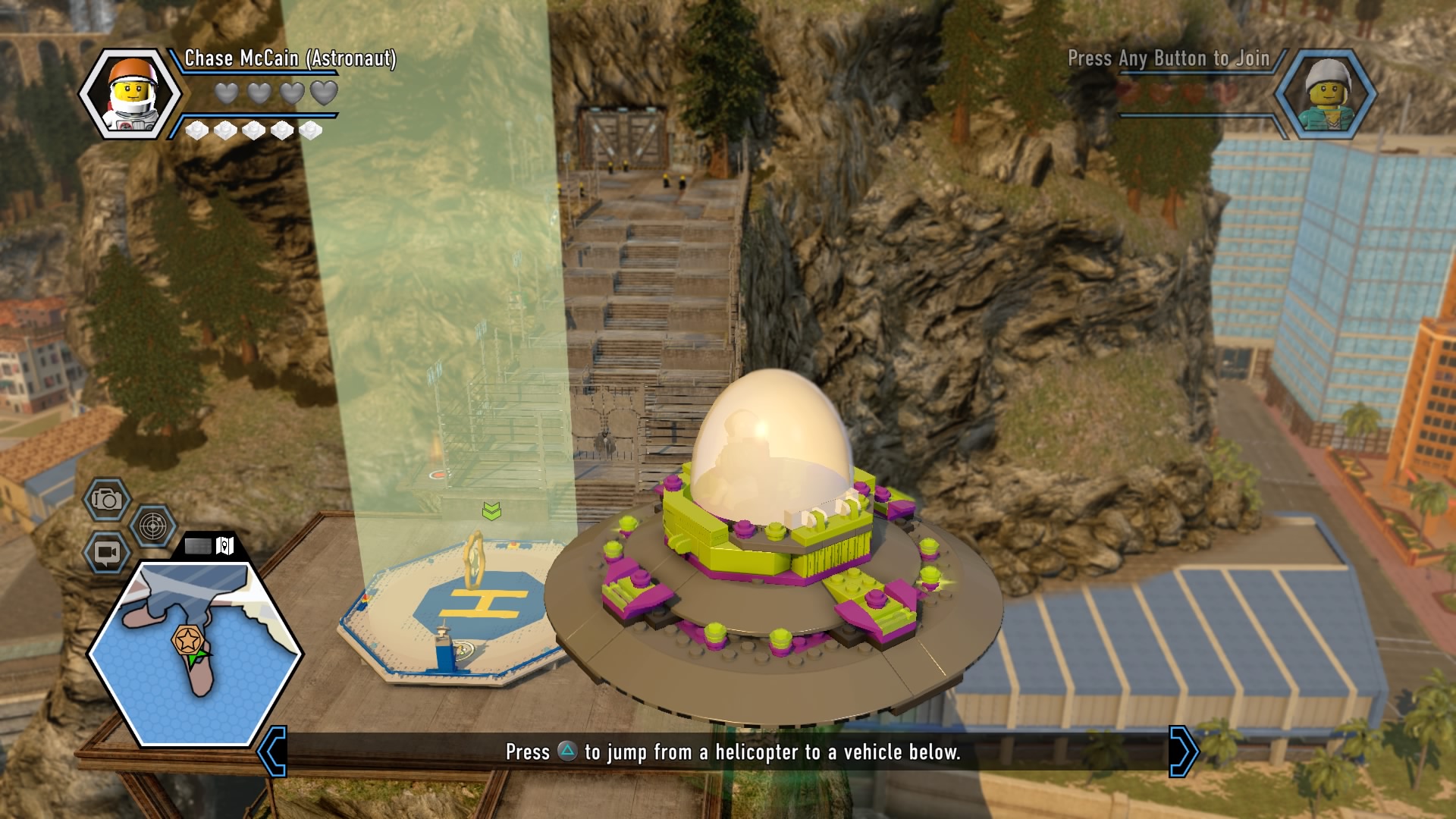 Land on Blackwell’s private helipad, then use the dirt path under the pad – follow this rickety path, using the Astronaut Disguise jetpack to make the high jumps, and use the Super Jetpack marker to fly across the area with the missing bridge.

Follow the studs until Chase can hop the fence and defeat the gang of Sentinels guarding the back entrance. Defeat them all, then step into the shield waypoint to begin the penultimate mission. 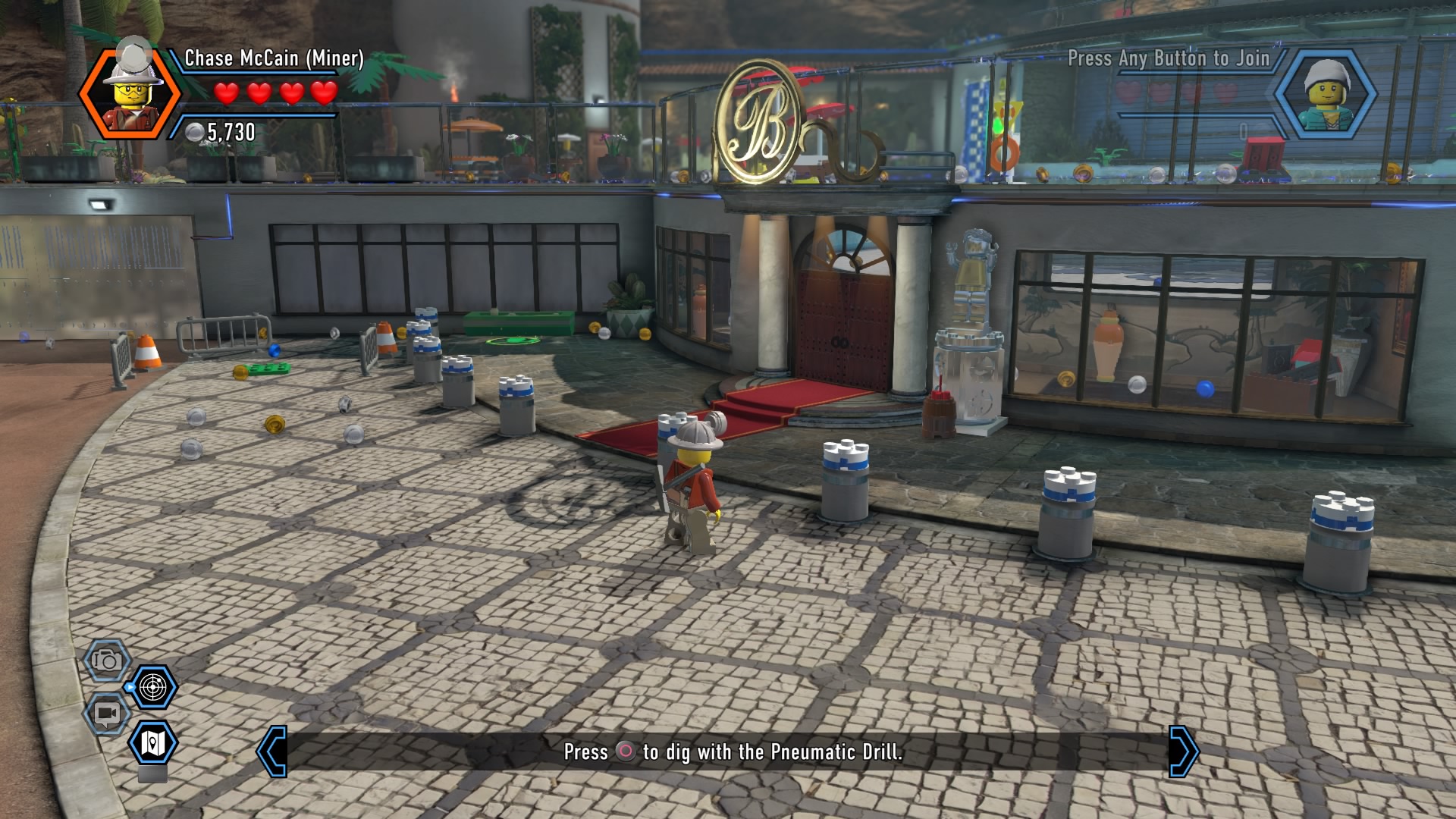 Chase returns to Blackwell’s massive estate, and this time he’s looking for clues. It isn’t just Natalia he needs to save, but the entire city. Whatever Blackwell is planning, Chase needs to find evidence so the Chief can finally arrest the mastermind behind the crime spree.

Start by drilling through the gray LEGO floor out on the driveway. Drill through to reveal a TNT charge. Take it to the statue near the front door to destroy it, revealing the key hole. Now we just need a key to go in it.

Go right and around the electrified stairs to find a playground! Behind the playground, there’s a boarded-up door. Use the Fireman’s axe to cut through the door and unlock the safe inside to discover the key. Use the key in the keyhole at the front entrance. 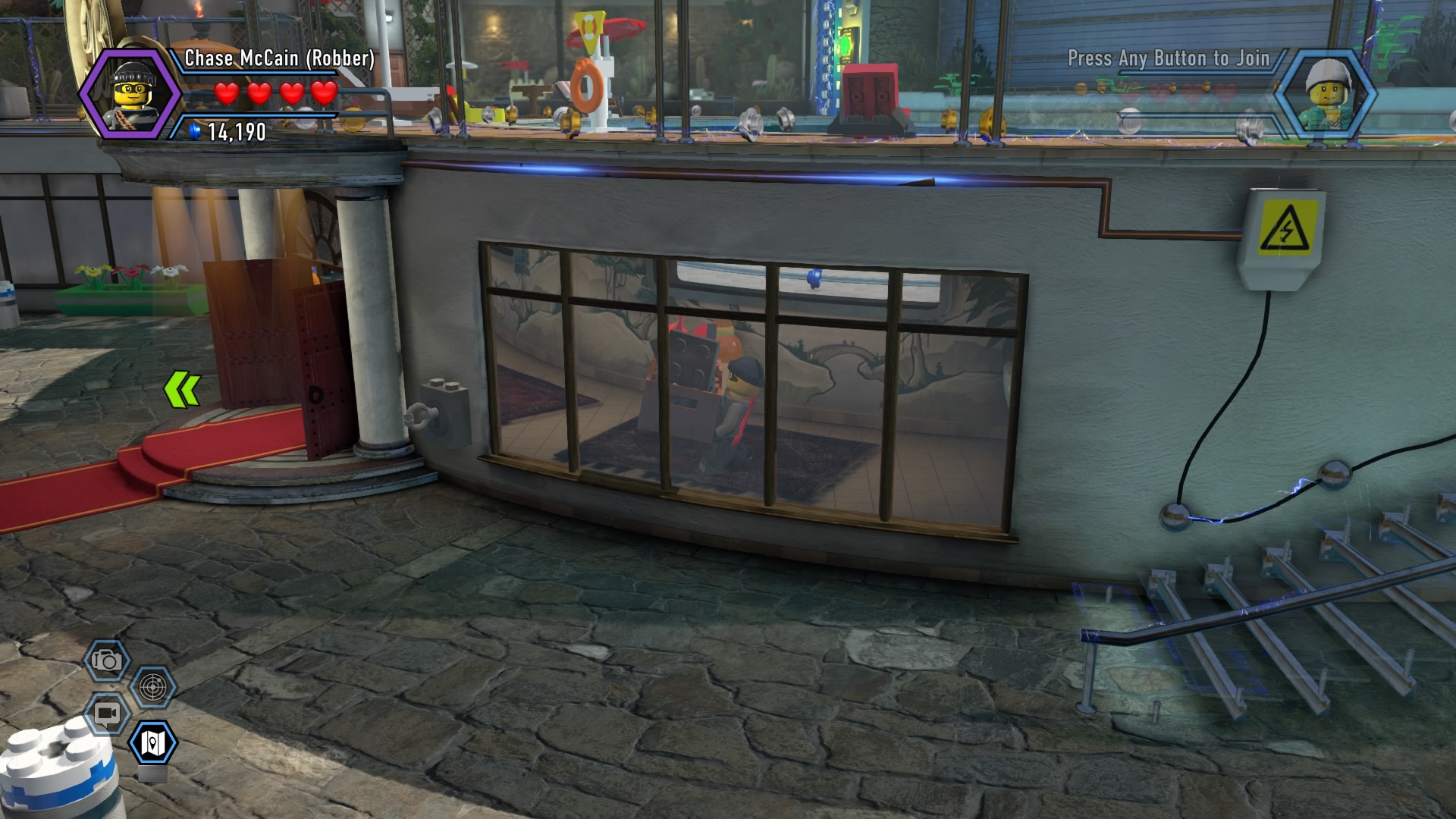 Now that the front door is unlocked, enter the hallway and check to the right. Grab the box of LEGO and place it on the green waypoint marker to create an RC car. Drive the RC car into the metal LEGO garage door to blow that door away. Now Chase can explore the garage.

Repair the broken fuse box in the garage to shut off power to the electrified stairs. Now you’ll be able to reach the pool area of the mansion grounds. Up at the pool, look on the deck to the left and smash the LEGO objects in the foreground from the LEGO sand castle to reveal a Detective Scan marker. Follow the clues to a cactus containing a green valve. 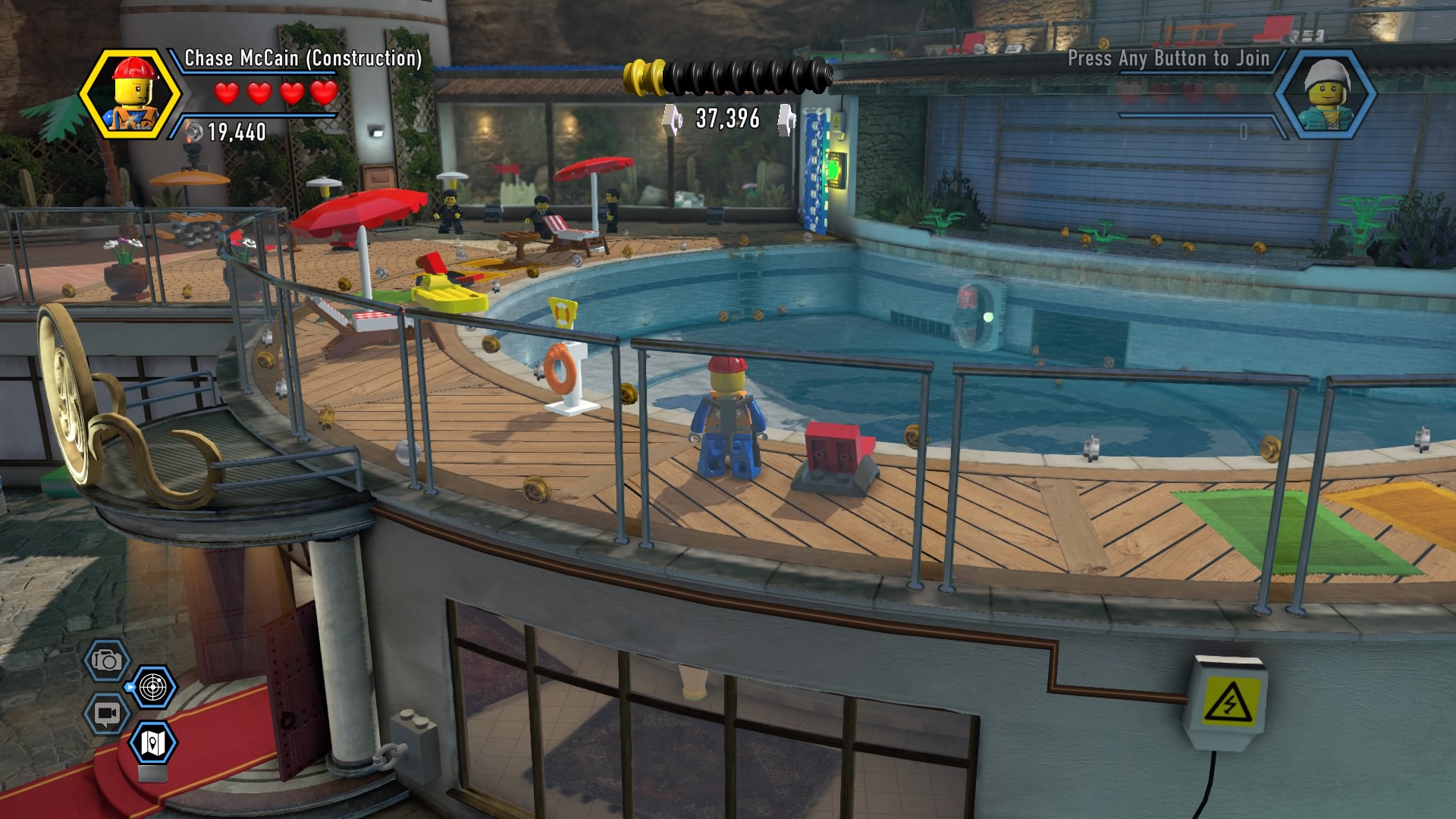 Place the green valve at the waypoint and turn it to drain the pool, letting Chase access the underwater Color Swapper! Collect the red color for your Color Gun and shoot the bright green glowing light just above the Swapper. That shuts off the electricity on the blue / white wall. Climb up to the third floor, and run right to find three red LEGO pots – water all three to create flower steps up to the fourth floor.

On the fourth level, smash the LEGO boulders and repair the fuse box between the twin sets of stairs. Repairing the box raises the shutter on the door back down on the third floor. Drop back down and crowbar open the door to get inside Blackwell’s mansion. 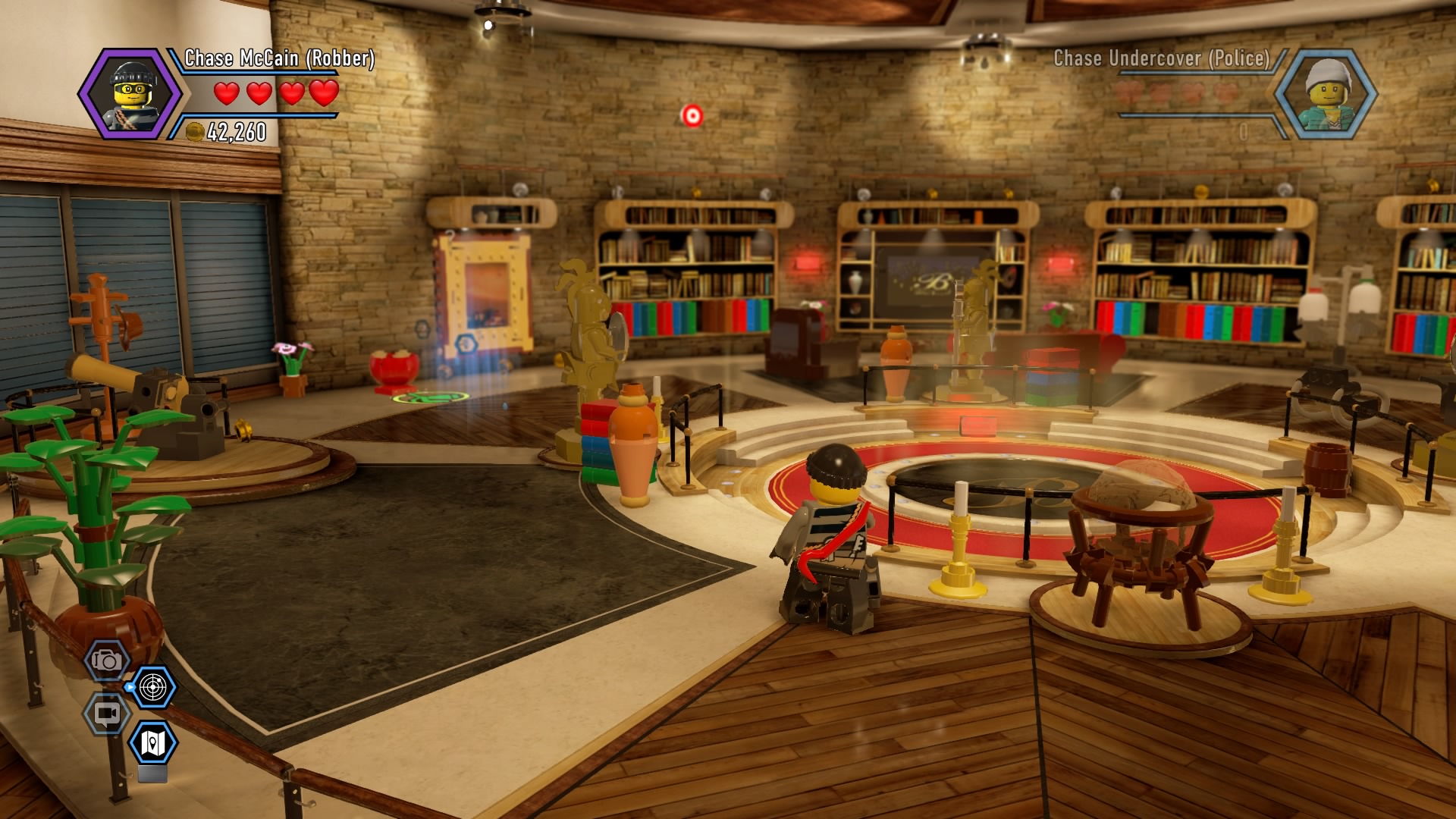 In the study, Chase needs to find two Detective Scan spots. The first is easily visible on the left. Use it and follow the steps, then interact with the bookshelf. That’s one switch down! The second Detective Scan is hidden in the black LEGO seating area beneath the scrambled Blackwell portrait.

Use both books, and a hidden terminal will appear. Use the button to open the window shutters, shining light through the giant crystal and unveiling a hidden safe to the left. Crack open that safe, take the TNT, and place it on the barrel. 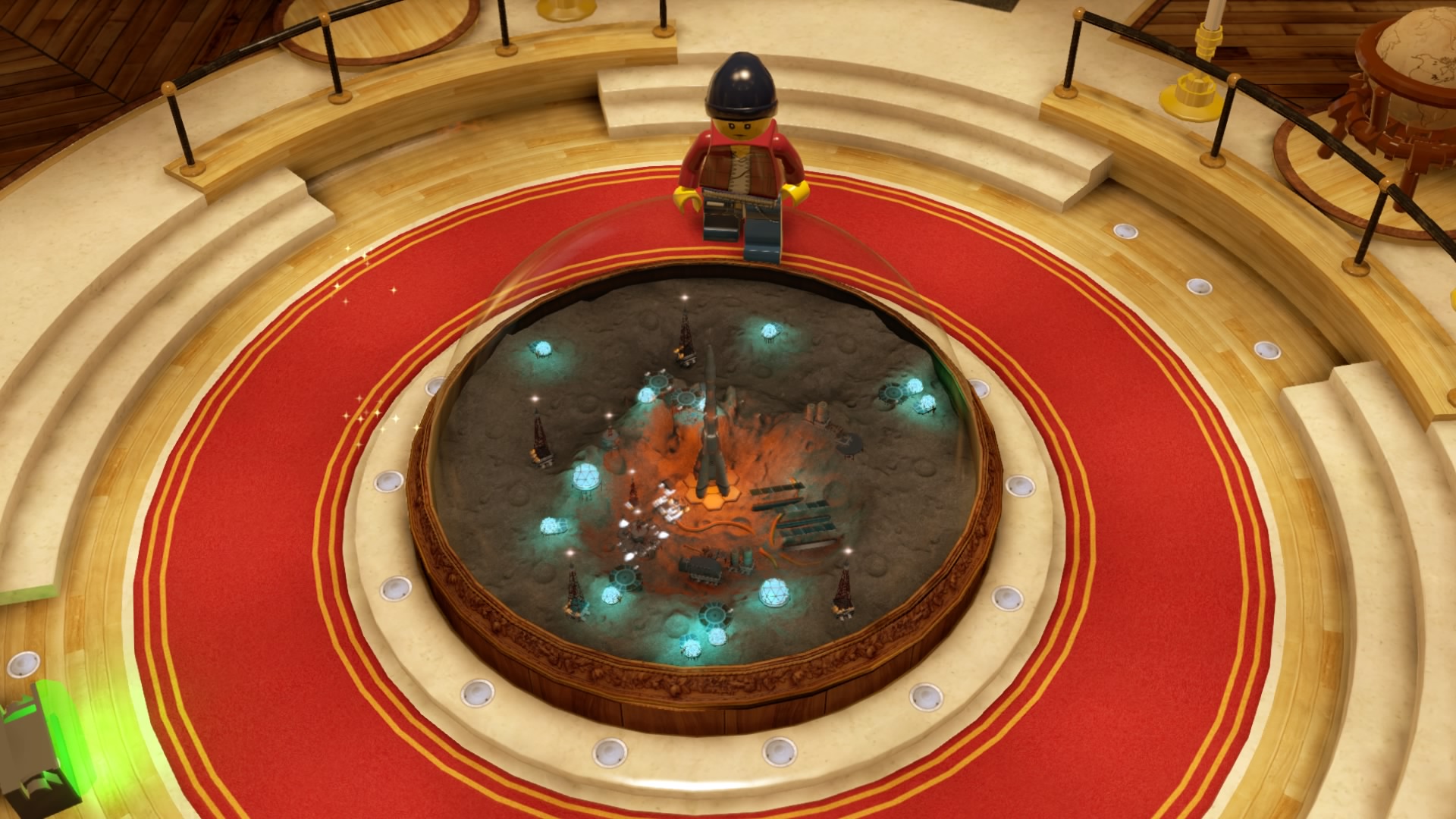 The explosion completes the laser trajectory and reveals Blackwell’s evil plan. He’s built a secret base on the moon! Not only that, he’s leaving the Earth with his cronies, and he’s using Blackwell tower to do it. The skyscraper is actually a giant rocket in disguise.

That’s it for the level and the chapter. We’re getting very close to the end now. It’s time to save LEGO City, and only Dr. Kowalski’s “magic bubble” forcefield prototypes can contain the exhaust from Blackwell’s rocket.